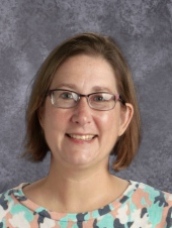 Sarah L. Martin, Middle School Math Teacher, has been named as a finalist for the 2021 Presidential Awards for Excellence in Math and Science Teaching.  This is the nation's highest honor for teachers of science, technology, engineering, and mathematics (STEM).  Mrs. Martin is one of three finalists from Iowa in mathematics.  Three Iowa teachers were also named finalists in science.  Each year a math and science awardee is selected from each state and U.S. territory.  Awardees will be announced later in the year.  If selected, Mrs. Martin will earn a certificate signed by the President of the United States, a trip to Washington, D.C. to attend recognition and professional development events, and a $10,000 award from the National Science Foundation.