Mr. Kirkholm’s 9th grade American History class finished the Sullivan Unit.  During this History Unit students learn about the 5 Sullivan Brothers from Waterloo Iowa who were all killed during World War II in 1942.  All 5 brothers were on the U.S.S. Juneau in South Pacific off the Solomon Islands when it was torpedoed by a Japanese Submarine.   Four of the brothers ( Al, Frank, Madison, and Joe) were all killed when the torpedo hit initially.  George Sullivan died several days later while waiting to be rescued.  There were 100 sailors who survived the blast including George Sullivan.  They were rescued 8 days later and the number was down to 10 sailors.

During this unit the students:

Finally the 9th grade class then create a tribute to send to Kelly Sullivan. Al was the only Sullivan brother to have had a wife, he was married to Katherine Mary and they had a  child. The child’s name was Jimmy and he later had his own child named Kelly Sullivan.  This year they made brochures in honor of the Sullivans.  The brochure included a picture of the brochure creators and a little about themselves.  They wrote what they learned, 5 questions, and a thank you.

Their were 5 girls(Julie Stogdill, Ameila Mattes, Paige Gleason, Sydney Edwards,and Kaitlyn Widger who created a music video).  In this video Kaitlyn plays the piano and sings the song “We Remember”, by Steven Chapman while a tribute to the Sullivans is playing behind her that was created by Julie Stogdill and Ameila Mattes. Technical support was done by Paige Gleason and Sydney Edwards.

Copies of the brochures and a copy of the music video is attached. 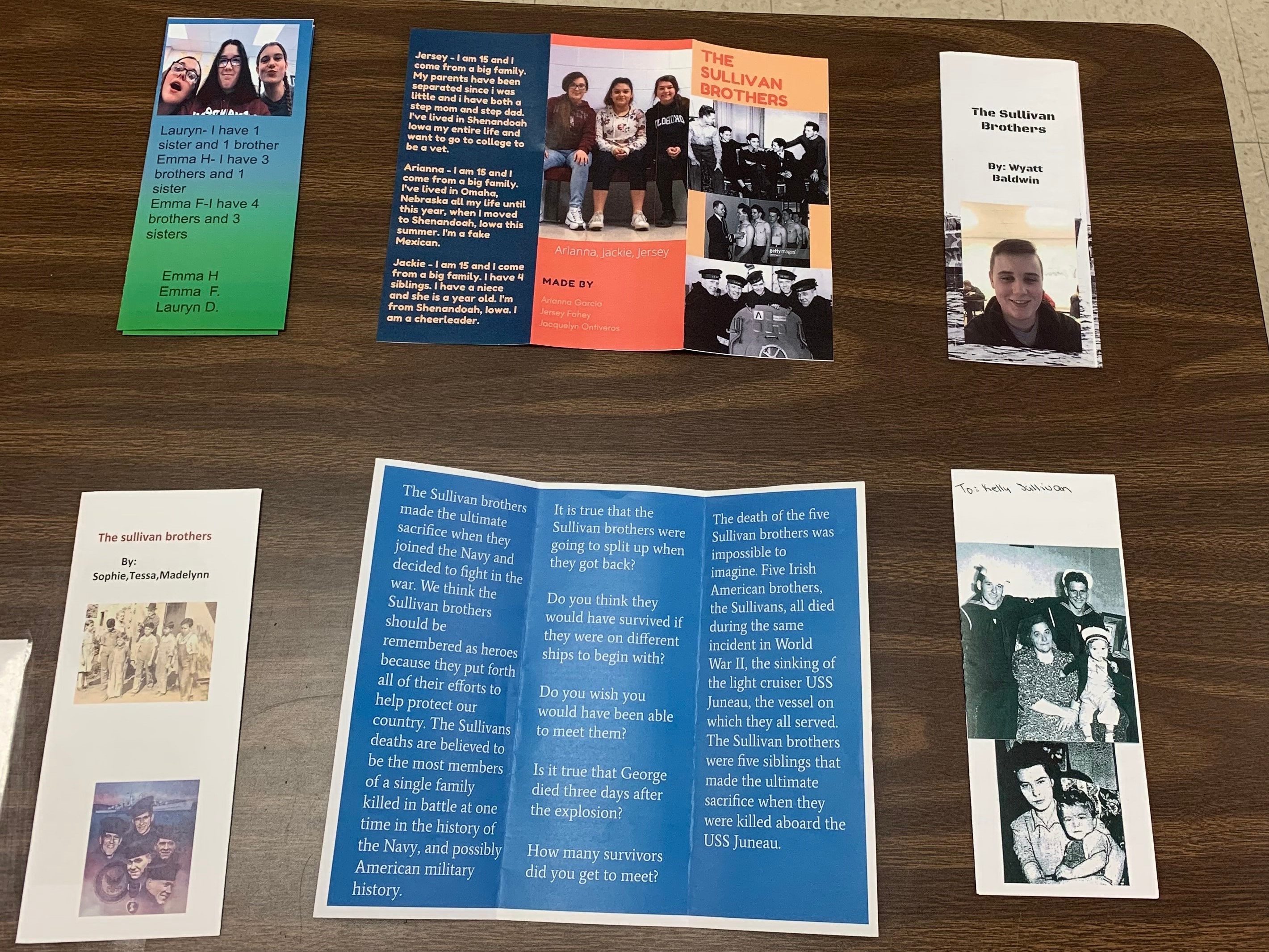