Tonight
Mostly clear, with a low around 1. Wind chill values as low as -12. Calm wind becoming south 5 to 7 mph after midnight.
Wednesday
Sunny, with a high near 32. Wind chill values as low as -12. Breezy, with a south southwest wind 7 to 12 mph increasing to 13 to 18 mph in the afternoon. Winds could gust as high as 28 mph.
Wednesday Night
Mostly cloudy, with a low around 20. South southwest wind 9 to 14 mph, with gusts as high as 21 mph.
Weather forecast provided by weather.gov.
Search 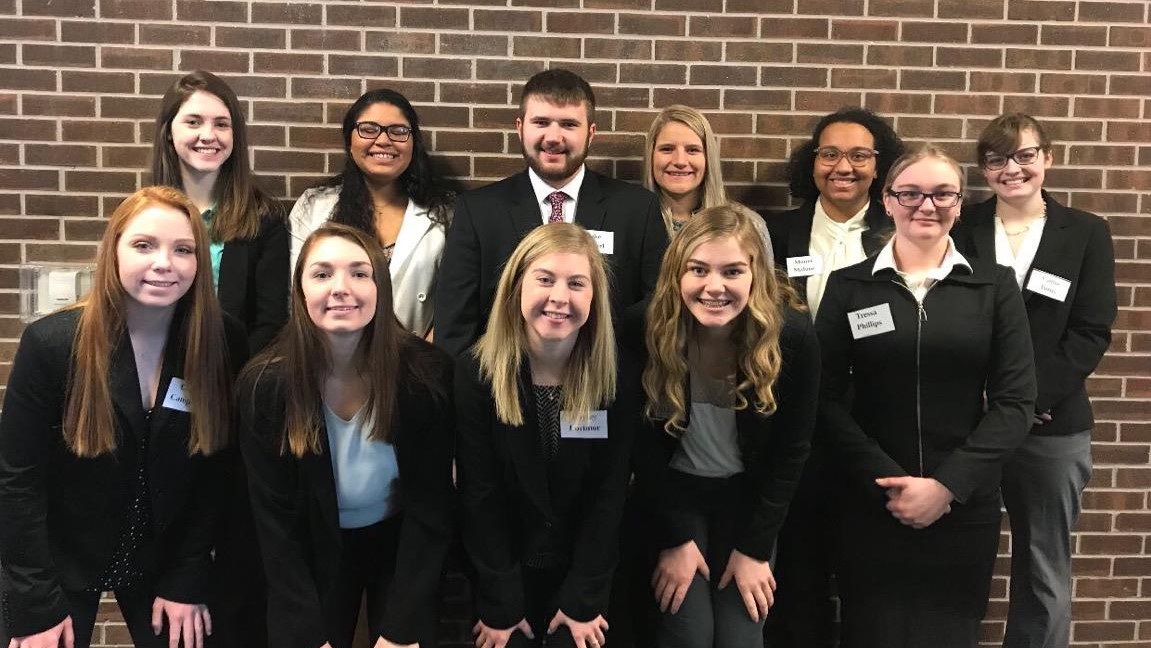 The Mock Trial team went to Mason City on Thursday March 7th to compete at the regionals of the Iowa State Bar Association Mock Trial Competition.  The team finished in 5th place in a regional where the top 4 teams move on to the State competition. The Team consisted of 11 seniors who are enrolled in Mr. Kirkholm AP Government class.  They are:

Claire Campbell, Logan Hughes, Donivan Kinghorn, Cayley Lorimor, Imani Rogers, Jacob Stenzel, Monet Malone, Carlie Manrose, Alexis McGinnis, Tressa Phillips, and Callie Toms. The Mock Trial case was a civil case that involved art Forgery.  During the competition the team presented both the plaintiff and defense side of the case. The students were either a lawyer or witness or both for each side of the case.

At regionals the Shenandoah team went against 2 other Iowa teams. They won the first case but lost the 2nd case.  The case is presented to and decided by professional lawyers or Judges from the state of Iowa.

The AP Government class is a year long class and the students take 6 weeks out of the year to work on this case learning their roles and how our court system works.  The rest of the year they are preparing for the AP government test. Should be noted that all these students have never been in Mock Trial before and it's a new experience for them and  most of the teams Shenandoah go against in competition are teams who have been in Mock Trial for over 3 years. To compete at this level against this type of competition with little experience says a lot about these Shenandoah Students.  So If you see any of these students congratulate them for doing a great job, they deserve it.