M.L.King Day
A chance of snow before 2pm, then a chance of rain and snow between 2pm and 4pm, then a chance of snow after 4pm. Cloudy, with a high near 35. Light and variable wind becoming east northeast 5 to 7 mph in the morning. Chance of precipitation is 40%. New precipitation amounts of less than a tenth of an inch possible.
Tonight
A 20 percent chance of snow before 7pm. Mostly cloudy, with a low around 20. Light and variable wind becoming west northwest 5 to 8 mph after midnight.
Tuesday
Partly sunny, with a high near 36. West wind 9 to 11 mph, with gusts as high as 20 mph.
Weather forecast provided by weather.gov.
Search 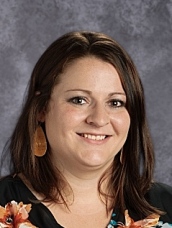 Congratulations Mrs. Reafleng!  Each month Pella Corporation in Shenandoah awards an area educator with $250 to use toward their classroom.  For the full news story, visit The Valley News website.